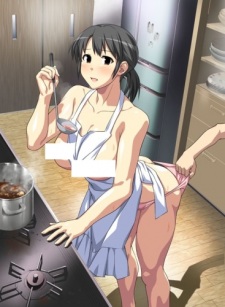 Miyuki tries to be the best mother she can for her son, she tries every day to be the shining example of a good mom for her son Yutaka. Yutaka has a friend named Masato who doesn't have the same idea of a good mom in his head and one day makes a move on her... Taking her at home in the kitchen, in the bathroom, and even while her son is sleeping right next to them, he claims her as his own... Until one day, she is bound and blindfolded and once her blindfold is removed she is shocked to see it is her son that is having sex with her! What kind of horrible mother has she become...?
Big BoobsBig titsBlowjobCensoredCreampieHentaiHousewifeMilfPregnant