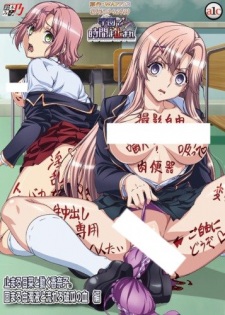 The bastard son of a rich aristocrat is hellbent on seeking revenge ever since his father abandoned him and his mother. He decides to teach his father a lesson by destroying what he treasures the most, his two daughters. He infiltrates their prestigious school with a magical time-freezing device he received from a witch—and proceeds to repeatedly rape his half-sisters, leaving them confused, helpless and begging for mercy.
AhegaoAnalBig BoobsBig titsCensoredCreampieHaremMind BreakRapeSchoolStudentsVanillaVirgin