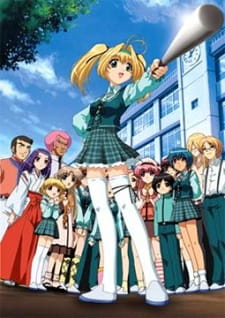 Saku Ryojiro has just transferred to Kouka Academy, which is famous for theatrical activities. On his first day at school, he started a fight with Aoi Mirai. To make the matter worse, it was seen by Aizen, the head of the Drama Club. All of Ryojiro's classmates are problem students, and he thought he could use the fight to rid himself of them. Then, Ryojiro is assigned to direct the classmates in a drama competition against the Drama Club. If they lose the competition, they will be suspended. However, because they are problem students, he has difficulties directing them.
BlowjobHentaiSchoolUncensored