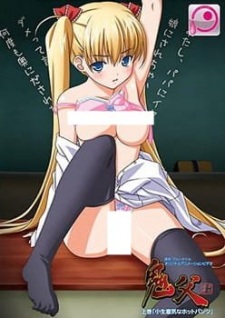 Marina and Airi's mother has left her husband, only to marry a younger man, Kouzou Akizuki. While Marina has accepted their new stepfather, Airi hates him for breaking their family. Furthermore, she soon finds out he is a sexual deviant, sniffing his underaged stepdaughters' underwear and secretly desiring to take their virginity. Their mother is often absent from home, allowing Kouzou to pursue his carnal pleasures to his heart's content. Unable to resist the beauty of adolescent girls' bodies, Akizuki prepares a powerful aphrodisiac and uses it on Airi. Intoxicated with the drug, she can no longer control herself and gives in to her stepfather's perverted demands. She soon discovers the merits of this new relationship and plunges headlong into a whirlpool of sexual degeneracy. Satisfied with the drug's irresistible effect, Kouzou proceeds to utilize it further, coercing various girls to quench his thirst in the most embarrassing ways.
CensoredHentaiIncestVanillaVirgin