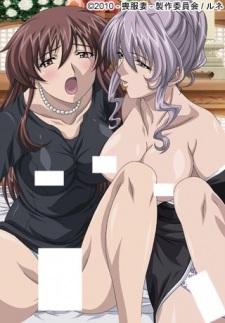 Honami's husband, an older man named Satoshi, died in their honeymoon. Honami's dream for a happy family with him is crushed but that's not all the trouble she has to face. Satoshi's sister, Kayoko, sees Honami as responsible for his death and believes that she killed him so she can inherit his fortune. Now she plans on taking revenge and driving Honami away. Manabu, who was raised by Kayoko now finds himself pushed to help her on her revenge but Honami is still dedicated on fulfilling Satoshi's family dream with what is left from his family even if she has to take Kayoko's hate.
AnalBDSMBig BoobsCensoredHentaiHousewifeMilfRapeYuri