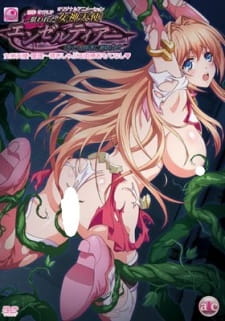 Demons are attacking earth, releasing a field that drives men to wild lust and absorbing the carnal energy that results in order to replenish their strength. Yuuri is chosen by Suzune-sensei to become an Angel Goddess and fight these creatures of darkness. When Suzune-sensei deems Yuuri capable enough to fight on her own, however, things begin to go horribly wrong. The demons have a new creature, capable of besting even an Angel Goddess. But the possessed men aren't the only ones who want her, and her own gym teacher turns out to be a bigger threat and pervert than she could have dreamed. But she's not the only one who's been compromised...!
AhegaoBig BoobsBig titsBlowjobBondageCensoredCreampieFantasyGangbangGroup sexRapeTentaclesVanillaVirgin